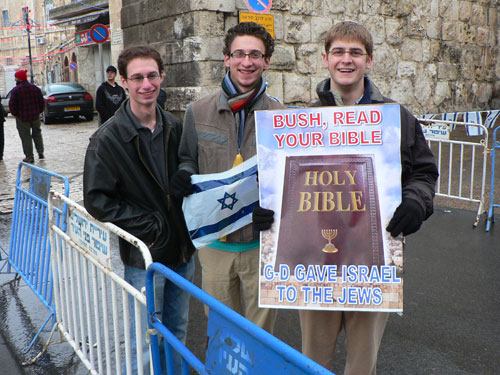 Many people come to the Holy Lands trying to change the world. They come with an agenda, either to speed up the end of the world or find personal spiritual epiphany. Sometimes they try to call down justice to give the land to the Jews or create a Palestinian state. In comparison, most of the people who were born here seem to just want to live their lives in peace. In a land that has been a crossroads of trade, culture and religion for millennia, they are used to visitors coming and going with crazy ideas and absurd goals.

My most meaningful experiences in the past four and a half months have not been with revolutionaries, peace activists or religious leaders. They come from the normal people who populate the towns and cities, spending time with their families, and going to work each day. These relationships are built within an atmosphere of hospitality sharing the normal parts of life—coffee, tea, falafel and shwarama. These people seem to have a greater ability to see their neighbors as human beings, not as others representing a specific religious or ethnic background.

I’ve spent a lot of time walking the routes that Jesus would have traveled regularly in the Galilee. Nazareth, Cana, and Capernaum, as well as most of the places mentioned in the Gospels, were almost inconsequential in relation to the broader ruling empire. The two largest cities of power and glory in the region—Tiberias and Sepphoris—were never mentioned in scripture. Jesus’ disciples were common peasants and laborers with mixed and ambiguous perspectives on the Roman Empire. Many of them would have spent most of their lives just trying to feed their families. 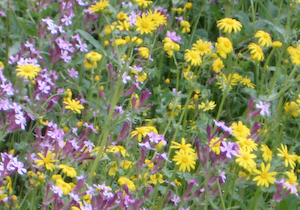 Last week my Israeli friend Maoz and I took a journalist and photographer from the Israeli Newspaper Ha’aretz on the Jesus Trail, a hiking route that we are developing to connect these places. It was a lot of fun to share some of the places of Jesus’ life with them, explaining why they were significant to his history and the Christian story. When we passed by an ancient synagogue at the ruins of Arbella, they shared pieces of their Jewish heritage with me.

Together we visited the Mount of Beatitudes, all remarking on the ugliness of the church’s interior and how much more beautiful the green paths of the countryside is in comparison. I think it all made us wonder about the difference between Jesus the Jewish peasant traveler and the Christianity that has developed since he walked these hills 2000 years ago.

I am currently taking a seminary course that explores the first century context of Jesus’ life. In my research, I am continually struck by his normalcy. Although history does indicate that his life brought revolution to western civilization, I often wonder if his intention was to be someone who would change the world. My suspicion is that he was just trying to live his life well and help a diversity of others to do the same, directing their journeys toward God. 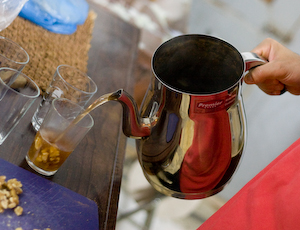 The longer I stay in Nazareth, the more I just want to live my life in the company of close friends, sharing the hospitable space that happens over a cup of coffee or dinner. This renews and sustains our relationships and brings us joy each day. And perhaps because they’re not trying to start a revolution, these interactions may change the world.