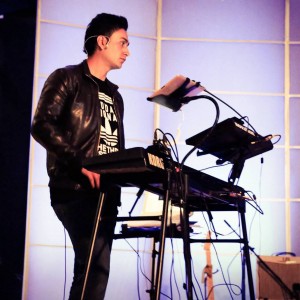 Perkiomenville Mennonite Church has shared a partnership with Pastor Bob Stevenson and the Monte Maria Church in Mexico City for years. The congregation has enjoyed yearly trips where they are able to experience cross cultural missions that are personally enriching and expands the vision of ministry in the Perkiomenville community. In the summer or 2015 for the first time someone from Monte Maria was coming to Perkiomenville. Tony Reyes is a young man from Monte Maria Church is a gifted pianist, songwriter, music producer, and ministry leader. Franconia Conference’s Missional Operations Grant provided for Tony’s expenses as he lived and worked with Perkiomenville Mennonite Church, Project Haven, and Urban Expressions. During his time here, Tony was able to learn leadership skills, improve his English speaking abilities, and equip him for ministry.

Read more about how Tony’s ministry with Perkiomenville here.

by Charles A. Ness

The email read, “There is a young man from our church who would like to live in the United States for several months to sharpen his English. He is also a good piano player and willing to assist in ministry. His father is an elder in our church. Would Perk be interested in hosting him?” The email was from Bob Stevenson who is credentialed through Franconia Conference, and is pastor of the Monte Maria Church in Mexico City with whom Perkiomenville Mennonite Church has had a long relationship.

We were excited about the possibility of having a young adult from the Monte Maria church be part of our worship ministry and so, after discussion with the elder team, we gave an enthusiastic “Yes!”

There were various logistics that needed to be worked out, such as housing and finances, but we were confident that they could be addressed. Initially, a local business offered full-time employment, but because the young man did not have a work visa, we had to look for other means of support.

Tony Reyes arrived from Mexico City at the end of May in 2015 and we quickly learned to appreciate his musical talents and passion for the Lord. He plays keyboard and writes music for several groups in Mexico, so we planned a fundraising concert. Tony enlisted the help of his friends, the Linker Sanchez family (who are church planters in Maryland from Monte Maria Church). We had a great night of Spanish and English praise and worship with a combined worship team made up of Tony, plus members of Perkiomenville and the Sanchez family. The funds raised helped support Tony during his stay in the United States.

Our LEAD Minister, Noel Santiago, also suggested applying for a Franconia Conference Mission Operational Grant, and we are thankful it was approved.  The partnership of the conference in this way was a very important contribution to Tony’s support.

Tony lived with Charlie Ness, pastor at Perkiomenville, and his wife Janet while searching for long-term housing arrangements. Tony’s housing need was met when Pastor Scott Roth of Perkiomenville Mennonite Church began a discipleship house in Pennsburg and had a room available. Scott was able to benefit from Tony’s assistance with the discipleship house known as The Gathering Place, a ministry to youth in the Perkiomenville area.

From June to November, Tony lived in Pennsburg assisting the community-based ministry there and playing regularly on the Perkiomenville worship team. His presence brought a spiritual and cultural diversity that was a blessing.

This unique, enriching ministry was made possible because of the global relationship we have with the church in Mexico. For years, members of Perkiomenville have gone to the Monte Maria Church for teaching and construction-related ministry opportunities. This was the first time someone from Monte Maria came here for an extended time of ministry. It is a great example of the value of cross-cultural partnering in mission relationships. These relationships are encouraging to all who are involved.

In reflecting on his experience Tony wrote the following: My name is Tony Reyes. There are no words to describe how thankful I am with the Lord, with Pastor Charlie Ness, with his beautiful church, and with all of you at the Franconia Conference. You all have given me a lot of support and you have been a blessing in my life.

There are many things that I would like to share with you about the wonderful experience that the Lord gave me with all of these amazing people in the Perkiomenville Church, but I will share them with you in the next few sentences.

First of all, I did not know what to expect when I first arrived to Perkiomenville, but I was trusting the Lord and the purpose for which He was sending me to that unknown place. He took me little by little, and showed me many things as the time went by. From the time I integrated to the worship team and played the piano, to time I spent working with Pastor Scott Roth in the different activities in the church and in the community of Perkiomenville, and to the time I spent remodeling the house I was staying at, I could only see God’s love and grace pour out in life. I learned many things from my brothers and sisters, and from Pastor Charlie and all the people I met, who allowed me to become a part of their life. I keep everyone in my heart and prayers, and I hope in the Lord I will see you soon.

May the Lord bless you in every area of your life.