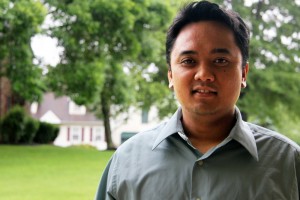 The words “waiting” and “impossible” aren’t fun words to discuss. The word “boring” is usually associated with the word “waiting” and the word “finished” or “dead” are often related to the word “impossible.” Why do we have to wait, if the thing that we are waiting for is impossible? It seems like acting in vain.

Not too long ago, I experienced a long period of waiting when I traveled back to my hometown of Jember, Indonesia. It takes at least twenty-eight hours in flight and four hours by car to get to this town in East Java, Indonesia. I still remember that in my time of waiting, I did everything that I could think of on the airplane, include praying, reading, reflecting, etc, to kill the time, so that I could enjoy my flight. But it still felt boring. Waiting is not fun, but sometimes it’s necessary.

In 1998, we had riot in Jakarta, the capitol city of Indonesia. In that tragedy, almost 3000 Chinese Christians were killed by radical Muslims. Since then, Indonesian Christians have been praying for justice and peace in Indonesia, the largest Muslim country on earth. For almost a decade, the Christians’ prayer has seemed impossible: no result and no progress. In some places in Indonesia, the persecution is even worse than before.

But surprisingly, God is answering the impossible prayer request of the Christians. Today, the Indonesian government passed a law that Christians should have the same opportunities as everyone else in Indonesia, and as I am writing this blog, the people of Jakarta just elected the first Chinese Christian governor. He will lead almost 15 million people in Jakarta in the next few years. Many people mentioned that he could also became the next president of Indonesia.

Nobody ever thought the day would come when a Chinese Christian would sit in the one of the most important public offices in a Muslim country like Indonesia. Indonesian Christians are giving thanks to the Lord for this historic moment. He is truly the God of the impossible. With God all things are possible.

The Word of God encourages us to wait upon the Lord. Before experiencing a great thing in life, most of the time, a process of waiting is required. Some times, God makes even his children wait, especially when we are waiting for things that are impossible for humans like us. I believe that waiting on the Lord is not passive, but an active action. Waiting on the Lord also includes praying, hoping, and believing that those things will come to pass. Several times, I’ve faced some impossible situations in life and ministry; however, when we didn’t give up, it finally changed. Let’s continue our prayer and hope in God until those impossible prayers are answered.