God is at work in Allentown, and pastor Angela Moyer witnesses God’s movement in the lives of her friends and neighbors. Angela is one of five co-pastors at Ripple, where her ministry focuses on serving children and women. Franconia Conference welcomed Angela to the board at the August 2015 board meeting. In her new role as board member, Angela will help communicate the perspectives and needs of Lehigh Valley congregations as they continue to grow. As an urban and bi-vocational pastor with roots in Telford, Angela’s gifts and background are well-suited for this role as a conference board member. 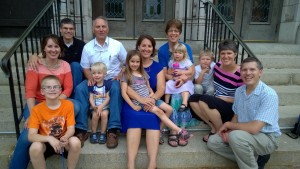 Angela also is an occupational therapist for Good Shepherd Rehabilitation. She worked as an occupational therapist after graduating from Elizabethtown College, when she accepted a post at Children’s Hospital of Philadelphia (CHOP). Through this role, Angela was exposed to city life and city concerns. She recognized the opportunity for the church to help ease the challenges facing families in crisis. During this time Angela felt a draw and pull to youth ministry, and began working with the youth at her home church, Rockhill Mennonite, eventually serving as youth pastor.

Angela also began taking classes at Eastern Mennonite Seminary’s Pennsylvania campus. “Tentatively and very hesitantly, I took a few classes. I just had a few questions.” One semester led to another, and in 2012 she completed her studies. While at seminary Angela met Tom & Carolyn Albright and learned about the ministry happening through Ripple. Sensing that this was a place where her gifts could be used, Angela completed an internship in Allentown where Ripple is located and got to know the community, which she describes as open, welcoming, and multiethnic. 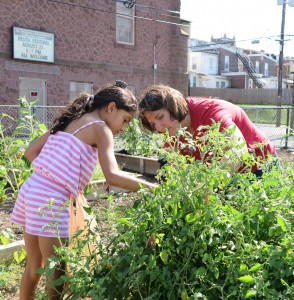 In Allentown Angela lives in the intentional community Zumé, in a neighborhood full of people from varied backgrounds and experiences. Asked to describe the work of Ripple she said, “Ripple is Christ-centered and Community-Focused. We are at a place where we are learning the depth of patience and trust in God that’s required when working for transformation, justice and dignity for all people. We are learning to support one another in this walk, in the long, hard work of walking alongside people through hard times expectantly awaiting new life and resurrection.”

Angela is an avid Phillies fan and for relaxation she enjoys trying new restaurants and traveling.