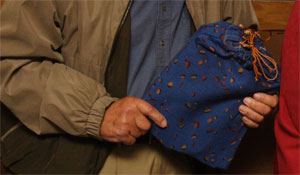 by Christine Charnosky, The Reporter

Plains Mennonite Church is always looking for ways to help others. Currently, the church is collecting items for health kits, which will go to women and children in refugee camps, according to Associate Pastor Dawn Ranck.

The church gives the kits to the Mennonite Central Committee and the agency forwards them to people in need, she said. The description of the health kits can be found at the agency’s Web site, www.mcc.org, which states the kits go to people in such countries as Bosnia, Haiti, Nicaragua, North Korea, Russia, Serbia and Ukraine.

The church is collecting the following items: one toothbrush, adult-size, left in wrapper; one squeeze-tube toothpaste, minimum six ounces, left in box; one bar of soap, four to five ounces left in wrapper; one fingernail clipper; and one dark-colored hand towel. Ranck said the items can be dropped off at the church in a plastic bag. The church then places the items into a cloth bag, which one of their congregant makes. 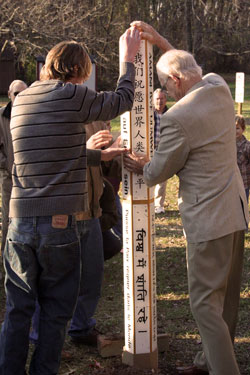 Ranck said she heard a story about a person who came to the United States and years before had received a health kit. “The person still had the bag because it had become a symbol of hope for them,” she said. She and some church members toured the MCC warehouse in Ephrata, Lancaster County, last month.

“We helped check the kits,” she said. “Each kit has to have the same and right stuff.”
The Central Committee has the best track record of things that go to other countries because their overhead is low, she said.

The church has a different community service project every few months, Ranck said, including helping Manna on Main Street. The church has collected 20 to 30 kits so far and it’s not unusual for them to collect 100.

Items for the kits can be dropped off through the month of February at Plains Mennonite Church, located at 50 W. Orvilla Road in Hatfield Township. The church office is open from 9 a.m. to 4 p.m. Monday through Friday or items can be brought to the Sunday service, which begins at 10:15 a.m. The church can be reached at (215) 362-7640.