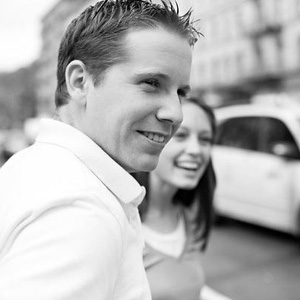 The Franconia Conference board affirmed Kris Wint as a new member at their January meeting following his nomination by several conference delegates. He is currently lead pastor at Finland Mennonite Church in Pennsburg, PA where he has been attending since 2001 and a member since 2003.

Kris was licensed toward ordination with Franconia Conference in 2012 while still a student at Biblical Theological Seminary in Hatfield, PA. He became connected to the conference through one of his professors, Steve Kriss, conference director of leadership cultivation and congregational resourcing.  After processing theologies from across the globe through course work and travel to Asia and Israel, he graduated with a Master of Divinity in 2014.

Last year Kris’s ordination was affirmed by the conference ministerial committee.  Kris also served this past year on the board appointed church together statements committee that worked to discern with pastors, and conference board and staff which of the Church Together Statements would be brought before the delegate assembly last fall. 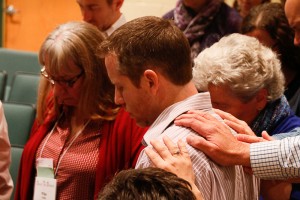 Kris was raised with a blend of Methodist and Baptist perspectives, yet found himself drawn to Anabaptism when introduced to it by his then girlfriend, now wife, Ginger as a senior in high school. After living a lifestyle of what Kris calls “practical atheism,” believing in God but acting as if God didn’t exist, Kris reports being transformed by God’s love in an Anabaptist context.

“God was leading me through a life of religion to a place of really following Jesus,” Kris says. 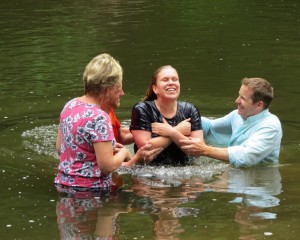 After high school, He went on to obtain a degree in Business Management with a focus in Human Resources from Pennsylvania State University and began working as a training manager for Haines & Kibblehouse. Kris stated during this time God led him to Seminary and so he began course work at Biblical Theological Seminary.

Working in Human Resources groomed Kris for communicating and “making things practical and relatable in the business world.”

As he begins his first term with the conference board, Kris says this is “another piece of the journey following where Jesus led.”

His strengths include turning vision into practical expressions and equipping others. He looks forward to assisting the board in equipping conference congregations to attain the vision the delegates have set for the conference. 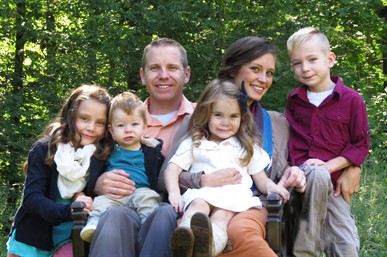 Kris is a husband, father and pastor seeking to lead people to Jesus. His wife Ginger has strong family ties to Franconia Conference and they enjoy being near family as they are raising their four children: Chloe, age 7, Logan, age 6, Paige, age 3, and Jace, age 1.

What most energizes Kris is “hearing how lives are impacted by Jesus, stories of change, seeing God at work.” He also enjoys enjoy spending time with his wife Ginger, playing with their “kiddos,” tending to their chickens and goat, being outside, playing sports, and listening to music.